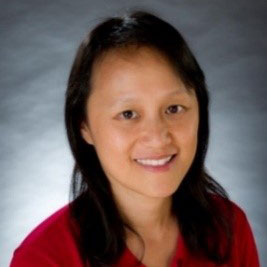 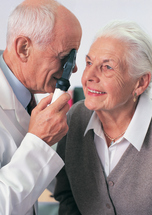 Sjogren's syndrome is an autoimmune disorder that has two common identifying symptoms: dry mouth and dry eyes, but it may progress to affect joints, skin and vital organs. Women are more likely to suffer from this condition and patients are usually diagnosed with the disorder after the age of 40. The cause of Sjogren's syndrome is unknown, although genetic components seem to put some individuals at greater risk for developing the disease. There is some evidence that Sjogren's syndrome may be triggered by a viral or bacterial infection. Often the syndrome occurs in patients who have another immune disorder, like rheumatoid arthritis or lupus.

Sjogren's syndrome affects mucous membranes and glands that secrete moisture like the salivary glands. In addition to dry gritty eyes and a mouth so dry that it may become difficult to speak or swallow, other symptoms of Sjogren's syndrome include:

While the original presenting symptoms of Sjogren's may appear to be more uncomfortable than serious, as the disorder progresses almost all systems of the body may be affected. Eventually, Sjogren's syndrome may attack additional parts of the body including the skin, joints, liver, kidneys, lungs, nerves and thyroid.

Diagnosing Sjogren's syndrome may be difficult because the syndrome shares symptoms with several other disorders. For a patient to be definitively diagnosed with Sjogren's, several types of tests are required to detect the presence of the disease and to determine the extent to which it has affected vital organs, particularly the kidneys. These diagnostic tests include:

In mild cases, patients may be able to get symptomatic relief with over-the-counter remedies to relieve dry eyes or dry mouth. Most patients, however, require prescription medications, or in severe cases, surgical intervention. Medications prescribed for Sjogren's syndrome include three types:

Other medication may be prescribed for patients with Sjogren's syndrome, including antifungal medication for yeast infections and Plaquenil, a drug that, although primarily used for patients with malaria, has been found to be effective in treating Sjogren's syndrome. For most patients, medication is helpful and, for many, symptoms of the disorder subside over time. When dry eye is not helped by medication, a simple surgical procedure on the tear ducts, known as punctal occlusion, can be a successful remedy.